Mihai Sandru, Evelina Oprina, Debates upon the Possibility of Annulment of Arbitration Award by the Court of Enforcement. Note on Judgment Asturcom (Case C- 40/08) from the Point of View of Romanian Legislation / 9

Crenguţa Leaua, The role of the seat of arbitration in defining the national or international nature of an arbitral award  / 144

Alina Cobuz Bagnaru, Declaration of Enforcement and Execution of an Arbitral Decision by a Romanian Creditor, Abroad / 242

Sandra Dinescu, The Recognition and Enforcement of Foreign Arbitral Awards According to Romanian Law / 289

Holds a Degree in Law from the University of Bucharest and is admitted to the Bucharest Bar and to the Romanian Bar Association.

She is Managing Associate at Popovici Nitu & Asociatii - Attorneys at Law.

He has written widely on aspects of EU private law, especially consumer law.

He has contributed to the work of the Research Group on the Existing EC Private Law (Acquis Group).

Is a graduate of Faculty of Law, University of Bucharest, graduation year 1994.

Doctor in International Law with the paper entitled Ad-hoc arbitration under UNCITRAL rules.

Arbitrator in Bucharest Stock Exchange, Mediator, Attorney at Law within Bucharest Bar with an extended experience in international arbitration (over 80 files settled under the Rules of UNCITRAL, ICC, CAB, FIDIC ), member of IBA (International Bar Association- section of Business Law.

Is a lawyer and has her own commercial and administrative law practice.

Ms Dinescu is a lecturer at the National Lawyers Training Institute and is currently undertaking a PhD under the guidance of Professor Viorel Mihai Ciobanu with the Faculty of Law (University of Bucharest), where she also lectures on Civil Procedural Law.

Ms Dinescu trained as a pleading lawyer with a number of reputable practitioners and specialised in litigation and arbitration.

She holds an LLM from the Panthéon-Sorbonne University of Paris, where she read Patrimonial Law as a French Government Scholar.

Prior to commencing her career, she completed an internship with The Court of International Commercial Arbitration, attached to the Chamber of Commerce and Industry of Romania.

Holds a Degree in Law from the University of Bucharest and is member of the Bucharest Bar and to the Romanian Bar Association.

Ciprian Dontu is Head of the Litigation & Arbitration and Restructuring & Insolvency Practices at Popovici Nitu & Asociatii - Attorneys at Law.

Is a lecturer at the Faculty of Law, Spiru Haret University, Bucharest, lawyer with her own commercial and arbitration law practice (Bucharest Bar) and also an arbitrator at the International Court of Commercial Arbitration (Chamber of Commerce and Industry of Romania).

She participates regularly as an international arbitrator (member of the jury) to W.C. Vis Moot, Vienna and FDI Moot.

Prior to her law carrier she graduated also the Bucharest University, Faculty of Mathematics, B.Sc. 1994, specializing in superior algebra.

Is an Associate with Musat & Asociatii.

She concentrates her practice in the area of international commercial arbitration.

She is a member of the Bucharest Bar Association and enrolled in the post-graduate studies programme focused on South-East European Law and European Integration at Karl-Franzens-Universität Graz.

She obtained along with her team the first place at the 2007 Vienna Balkan Case Challenge moot court competition.

Holds a Ph.D. from the Bucharest University Faculty of Law.

She is a university lecturer of Business Law at the Bucharest University of Economics.

She also was appointed as arbitrator in cases under ICC Paris rules and under the rules of the Danish Institute of Arbitration, as well as in  ad hoc arbitrations.

She was a vice-president of the Romanian Court of International Commercial Arbitration  (2008-2012), a member of ICC Task Force on Criminal Law and Arbitration and of the IBA Subcommittee on Conflict of Interests in Arbitration.

Currently, Dr. Leaua is a member of ICC Paris Commission onArbitration and of the ICC Task Force for decisions on Costs in Arbitration.

She has written numerous publications and made numerous presentations in conferences on commercial law and international commercial arbitration.

Is an associate with Stockholm Arbitration & Litigation Center (SALC) Advokatbyrå in Stockholm (Sweden).

He has represented clients in SCC arbitrations and has considerable experience with ICSID, UNCITRAL and ICC proceedings.

He holds a Juris Doctor (JD) from the University of Iowa, while also having studied at New York University School of Law as a visiting student, and an LL.M. from Stockholm University.

Prior to law school, he served as a Fulbright Scholar to Romania.

He also holds a master’s degree in economics and a bachelor’s degree in international relations from Boston University.

LLM, PhD is an attorney at Law member of the Athens Bar Association.

She has a boutique legal practice specialising in arbitration and in international commercial law.

From 2007 to 2010 she has been a holder of the prestigious Alexander von Humboldt Research Fellow at the University of Hamburg Law Faculty and at the Max Planck Institute for Comparative and Private International Law.

Prior to that she held academic positions in the UK, the last one (2004-2007) at the Birmingham University Law School.

She completed her main legal studies in Greece ( Athens University Law School) and went on to study for an LLM and PhD in the UK.

She graduated UBB Cluj-Napoca’s Faculty of Law in 2003 and pursued her studies at Panthéon Assas University, obtaining a Master’s degree in Private International Law and International Commercial Law (2004).

She prepared her doctoral thesis - “European Union Law and Internationally Mandatory Rules” - under the supervision of Professor Bernard Audit and since March 2011 she holds a PhD from Panthéon Assas University.

She authored many studies in the field of private international law, one “Caiet de seminarii” in International commercial Law and one manual on Business Law (Dreptul afacerilor. Sinteze pentru studenţii economişti, 2011).

Is currently a professor at “Dimitrie Cantemir” University, Faculty of Law and „Judicial Career” Master, having as field of interest civil procedure law and civil execution law.

She became a judge in 2004, currently president at the Civil Section of Ilfov Court.

She participated in drafting the law which implements the New Code of Civil Procedure.

Also, she is editor in chief of the Roumanian Journal of Enforcement, lecturer at the National Centre for Training and Retraining of Executors and associate scientific researcher at the Institute of Legal Researches of the Romanian Academy, Centre for European Legal Studies.

She published over the 30 articles, studies, notes and comments in various legal jorunals and she attended and held numerous national and international conferences.

Is a Partner with Musat & Asociatii.

She has developed a broad legal expertise in international commercial arbitration and foreign investment protection, being involved in important multi-jurisdictional legal projects.

Ms. Popa holds a Diploma in International Commercial Arbitration (DiplCArb) from the Chartered Institute of Arbitrators and a Diploma in European Union Law from King’s College London.

She is a member of the Bucharest Bar Association and a Fellow of the Chartered Institute of Arbitrators (FCIArb).

Arbitrator, The Court of Arbitration attached to the Chamber of Commerce and Industry of Cluj County.

Author of professional works in law.

Is arbitrator at The Court of International Commercial Arbitration attached to the Chamber of Commerce and Industry of Romania and lecturer at Romanian-Amercian University of Bucharest.

Her dissertation was made on “Concession Agreements and Public and Private Partnerships (PPP’s) under Greek Law”.

Furthermore, Maria has been research fellow in the International Association of Sports Law.

For further information or any comments concerning the present paper, you can contact her directly in the following e – mail address: maria@efotopoulou.gr 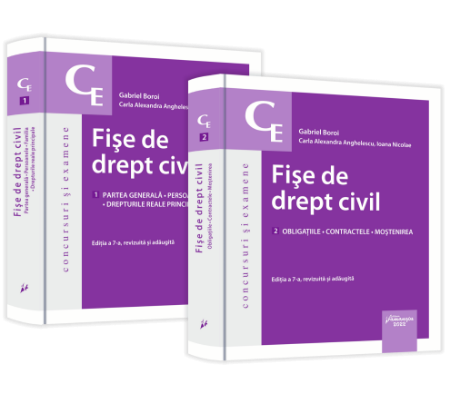 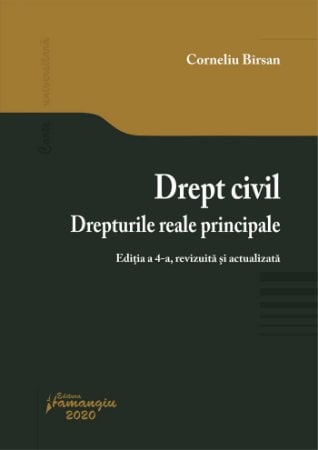 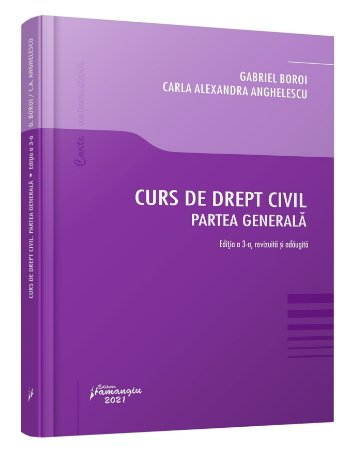 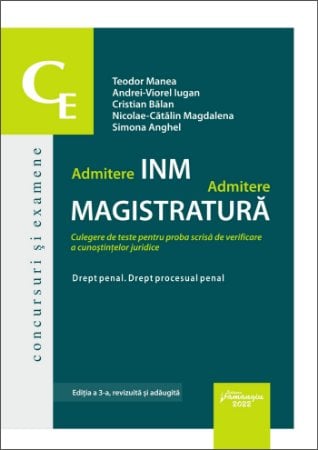 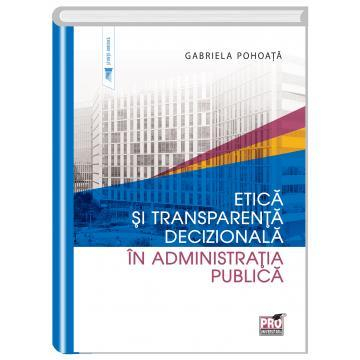 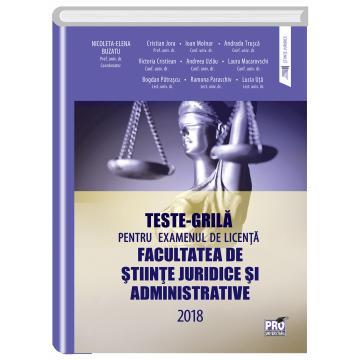 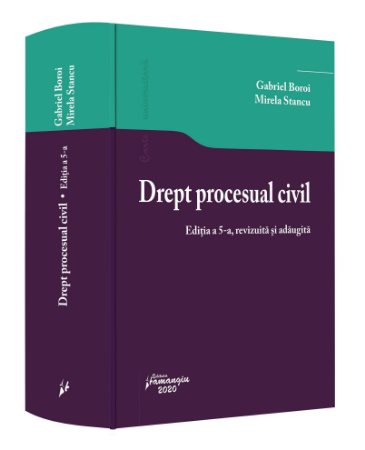 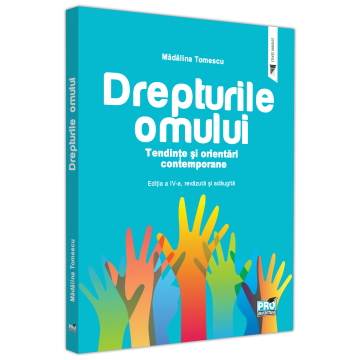 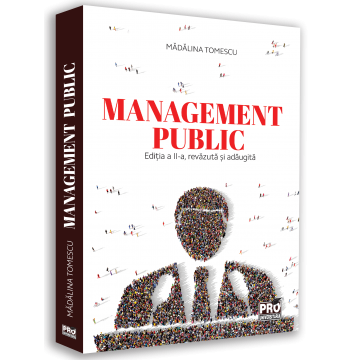 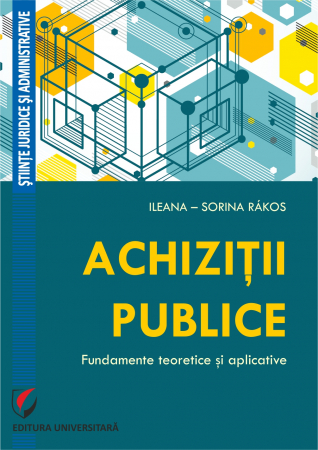