I. THE TERRITORY BETWEEN THE DANUBE AND THE SEA. HISTORICAL COORDINATES / 23

II. CHURCH ORGANIZATION AND RELIGIOUS SITUATION IN THE TERRITORY BETWEEN THE DANUBE AND THE SEA OVER TIME / 35

III. THE APPEARANCE, DEVELOPMENT AND EVOLUTION OF MONACHISM IN THE CHRISTIAN EAST / 52

IV. PRE-MONKAL MOVEMENT ON THE TERRITORY OF THE ROMANIAN PROVINCE SCYTHIA / 66
IV.1. General assessments / 66
IV.2. The Holy Martyrs Epictetus The Priest and Astion the Monk / 69
IV.3. The Holy Martyrs of Niculitel and the Holy Bishop Ephrem / 75

VI. INFORMATION ON THE SITUATION OF DANUBIAN-PONTIC MONACHISM IN THE V-VIII  CENTURIES / 101
VI.1. Archimandrite Carosus / 101
VI.2. Saint Dionysius the Little / 108
VI.2.1. Biographical data / 109
VI.2.2. Information about the Danubian-Pontic monasticism in the work of Saint Dionysius the Little / 111
VI.2.2.1. Preface to the Latin translation of Epistles 45 and 46 of St. Cyril of Alexandria addressed to Bishop Successus / 111
VI.2.2.2. Preface to the Latin translation of the Synodal Epistle to Nestorius and the 12 Anathematisms of St. Cyril of Alexandria / 114
VI.3. Scythian monks / 119
VI.3.1. Involvement of Scythian monks in theological disputes in the Empire / 119
VI.3.2. Scythian monks, supporters of the theoanthropopashite formula, known today / 124
VI.3.3. The situation of Danubian-Pontic monasticism during the period of the Scythian monks / 129
VI.3.4. The soteriological teaching of the Scythian monks / 136
VI.3.5. The internal organization of the Scythian chinovids / 145
VI.4. Samuelis Monastery. The abbot Paul. Deacon Zoticos / 148
VI.5. Monastic life between the Danube and the Sea in the 7th century / 151

VIII. MONACHAL LIFE BETWEEN THE DANUBE AND THE SEA IN THE XI-XIV CENTURIES / 277
VIII.1. Byzantine Christian mission among the barbarians of the Lower Danube / 278
VIII.2. Cape Kaliakra Monastery (Bulgaria) / 279
VIII.3. The monastery on the Cetatuia hill from Niculitel (Tulcea county) / 280
VIII.3.1. Dating of the monastic settlement / 281
VIII.3.2. Form of organization of monks / 282
VIII.4. Secondary information regarding the presence of monks on the territory between the Danube and the Sea / 285

IX. MONACHAL LIFE ON THE TERRITORY OF DOBROGE DURING THE OTTOMAN REPUBLIC / 288
IX.1. Niculitel Monastery (Tulcea County) / 289
IX.2. Babadag Monastery (Tulcea County) / 291
IX.3. Taita Monastery / 293
IX.4. Telita Monastery / 296
IX.5. The monasteries of Hamcearca, Tichilesti and Saint Nicholas / 298
IX.6. The Church of the Nativity in Esther and the Monastery of St. John the Baptist in Sozopol / 299
IX.7. A Dobrogean village dedicated to the "Saint John the Baptist" monastery in Bucharest / 301
IX.8. Certified Christian monks on the territory of Dobrogea / 302
IX.9. The project of establishing a Dobrogean hermitage / 306

XIV. REPERTORY OF MONASTERIES AND HERMITAGES ESTABLISHED ON THE TERRITORY OF DOBROGE BETWEEN 2005 AND 2020 / 383

This book deals with a very important topic for the multimillennial history of Dobrogea. It is known that this province of Romania - called in Antiquity Scythia Minor (Little Scythia) - was framed since ancient times, due to its geographical location, in the geo-political and cultural framework of the Greco-Roman world and, as a result, were present here historical, religious and cultural realities specific to it, which came into contact with the native ones, and the dominant languages, Greek and Latin, were understood and even spoken by any inhabitant of this space. From an early age, the powerful Roman Empire was established in that world, a political and religious organization then imposed on the regional entities in which Dobrogea was located. This led to a certain uniformity of the way of life of the inhabitants of the vast Empire, but many specific spiritual traditions or practical lives were also preserved.

In this context, Christian teaching could penetrate the land of Dobrogea, even from the apostolic period, being preached here by two apostles of the Savior Jesus Christ, namely Saints Andrew and Philip. Due to them, Christianity among the Romans is very old, and within it appeared early monasticism in the specific forms of the Christian East. Being, at that time, a province of the Roman Empire, Dobrogea benefited from the knowledge of the Christian forms existing at that time, and Saint Basil the Great, who had close ties with the political and religious leadership of this region, supported everything that could contribute. to the development and strengthening of the spiritual life in this geographical space. Monks and early forms of monastic life are known in this early period, namely from the end of the third century, which the author of the book inserts in his work. Then it presents the institutionalized forms from the 4th century and the following ones, indicating the names of important people like Audius, Ioan Casian, the bishop Teotim de Tomis and then those from the V – VIII centuries, Carossos, Saint Dionysius Exiguus and the Scythian monks. They are all shown their spiritual role in society at that time. These news complete them with the archaeological data revealed during the excavations carried out in the northern part of Dobrogea (at the Russian Slava), then at Murfatlar, in the middle of the province, and then in the south of Dobrogea and even beyond the southern border of Romania. on Bulgarian territory.

If until the eighth century, the history of Dobrogea monasticism is treated predominantly on the basis of literary texts, the next period, until the fourteenth century, is based more on archaeological discoveries.

Chapter X is dedicated to the presentation of some monasteries in northern Dobrogea: Cocos, Celic Dere and Saon.

In the final part, chapters XI - XIII, the history of monasticism in Dobrogea during the years 1918-2004 is presented. At the end, there are five annexes with demonstration maps, as well as 68 pages with drawings, plans of places of worship. They are joined by numerous photographs that make it easier to understand the more difficult problems of Dobrogea monasticism. 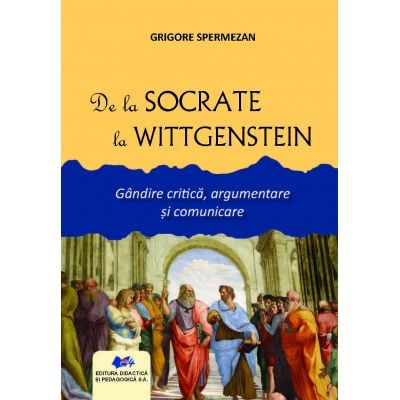 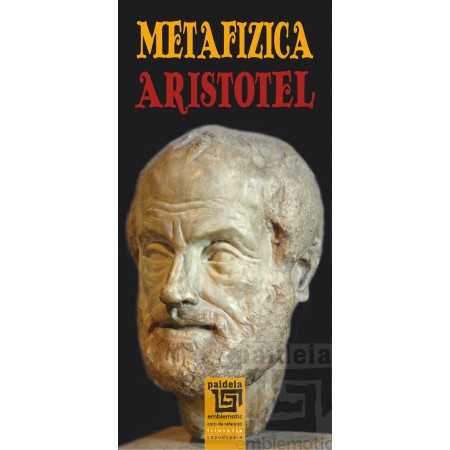 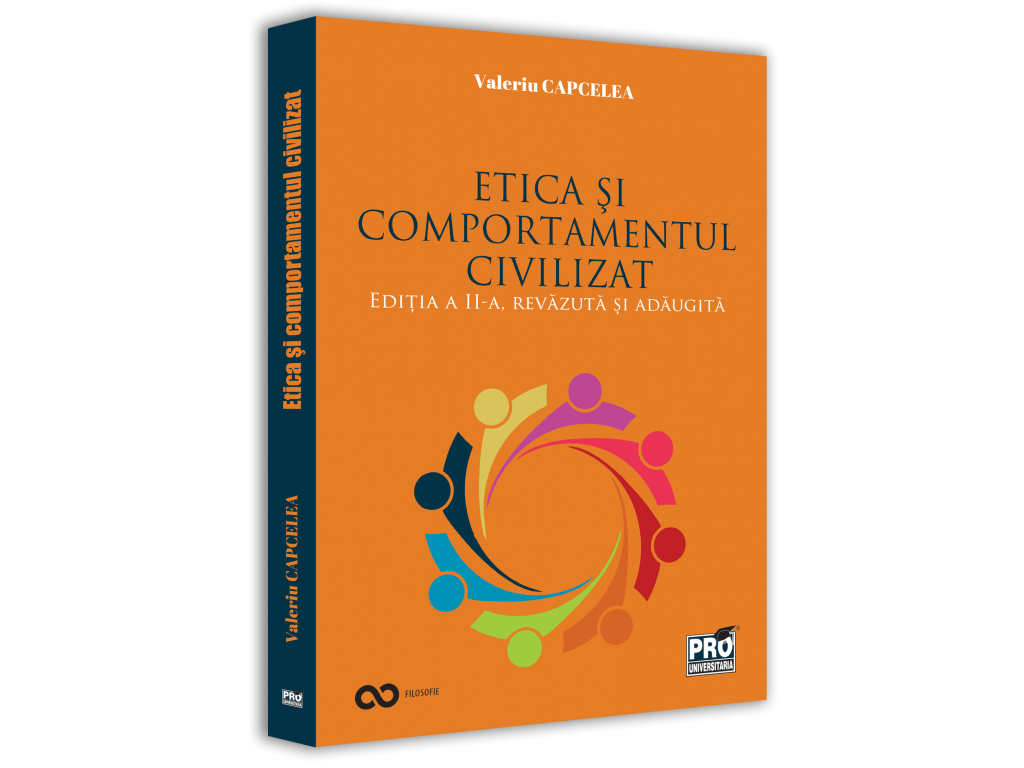 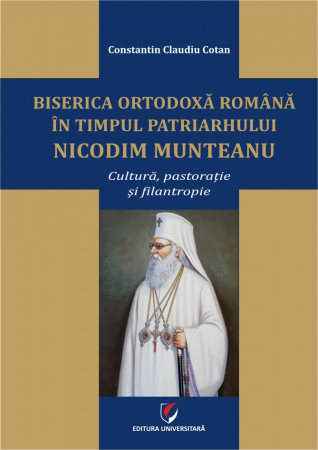 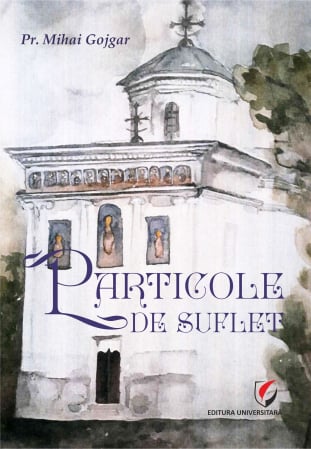