Mediation in social and political life

The book "Mediation in social and political life" is dedicated to a theme with rich ramifications in social and human disciplines, but also a place increasingly more significant in structuring relationships between people and between human communities. It is obvious that you work through that mediation as a distinct type of human relationship, is the subject of a multidisciplinary approach, retaining the attention of philosophy, sociology, pedagogy, law and political science that had to operate both the analytical plan, unraveling the mechanisms mediation in various areas of human life and plan on the synthetic variety Following the evaluation situations where mediation comes a theoretical model, a comprehensive vision of nature.
From this perspective, mediation is placed in couple conflict, interpersonal relationships as a state identification processes sprang from the actors, who, in a given situation, about one area of ​​their life together, adopt, objectively or subjectively different positions. Since the various degrees of differentiation is the question of how to resolve the dispute to ensure endurance relationship. As to the social life of people is imperative for conflict resolution is difficult to imagine the dissolution of a society that stresses due to grinding. Causality is rich is natural conflict many theories that will explain it, but the proposed solutions: from those to which human nature conflict you to those that consider conflict of pathology form of social life. But from that relationship conflict analysis must be passed to the analysis of subjects that lead to social conflict and historical. Numerous theories have been built from the size of the actors who make the same type of conflict to dress different manifestations, from one era to another or from one community to another. We have the clearest example of conflict over control and distribution of resources today so different from previous eras, but whose ideational scheme is preserved.
The work done at a typology of conflicts for releasing the so-called morphology of the conflict or, in the terminology of the author, on his map aimed at preventing and solving it. Conflict resolution is nowadays a hot topic for managers, for educators, for diplomats, for political-military strategy, believing that all peaceful alternatives that offer negotiation and conflict mediation to bring significant energy savings, cost, intelligence and resources, added value to social relations in a community and assures functionality as opposed to open conflict, the war which wasted a community property.

ADR (Alternative Dispute Resolution) is required in the contemporary world as an expression of its ability to better understand issues, to rationalize his conduct, to seek to better exploit material and human resources. Shadow of the future, as the requirement of plastic expression we build this in relation to the consequences which he has for tomorrow, calls for a rationalization of behaviors even if they come to support a technocratic vision. Discussions of political philosophy today insist precisely on this aspect of the intervention of reason in more complex social organization and leadership, communication (such as Habermas), dialogue and negotiation (AD Dupont), based on accepted rules of by actors (moral, legal, political).

Life proves that those companies that knew how to manage sources of tension and conflict have reached high parameters in economic and social development in democratic management of public affairs. We have a clear example of U.S. success in Europe and U.S., where dialogue, negotiation, conflict mediation allowed the current prosperity, a genuine democracy which practices to enhance the strength of solidarity and communication.

The place of mediation between the means of solving conflicts is increasing. In recent years, in many countries, the profession of mediator and has earned a place in the nomenclature of professions, this trend is registering and Romania, which keeps as usual, a number of features in the field. The complexity of mediation remains but the attention of researchers and practitioners because it is an elegant solution, as distinct European added in philosophical conflict with a twist, but with real results in people's lives. The success of mediation is given that is institutionalized when it is a relationship between two parties in conflict in the intervening third party to find common points for dialogue, communication, understanding and agreement removing not only strength, but also violence and intervention by the court. Mediation resort to reason, to cumpanirea arguments, the balancing judgments and attitudes in an infinite field situations - how to express the author - including all sectors of human activity in public and private spheres. Theories of mediation, well-structured and nuanced work were presented in the scale philosophical, political, legal, moral but all are consistent in supporting that mediation is a cost savings of a relationship of conflict, a source of satisfaction for the parties, but chosen a path to achieve common interests, through a better organization conducts.

I appreciated in this context, recourse to philosophical discussion on mediation that has raised a number of positions little known to us as that of G. Calogero, or already spread from other perspectives such as those of M. Buber and Levinas A., outlining a spiritual universe in which relatively peaceful, balanced between people, structures daily humanism.

The most significant part of the work is allocated - as normal - research mediation in various systems of social life in various countries that have accumulated positive experience in promoting mediation. There are pages of interest on mediation in family, school, life different groups in society, in labor relations and of course in politics. Not everywhere weighs social mediation that deserves it and it not all companies enjoy the same attention. Highlighting the diversity of situations in which mediation is present allows the author to emit a general scheme to highlight its social significance and positive advocate for extending them as an alternative means of solving conflicts.

Of particular interest is the chapter on mediation in international relations. Species of negotiation, it is structured by rules of international law and has a rich casuistry, which incite reflection. This paper builds on a wide range of historical situations and concludes on the utility of mediation both in conflict prevention, as well as crisis management and crisis themselves. Mediation practice, today, is relieved course of transportation (they allowed Kissinger's diplomatic shuttle to develop methods) and those related to communications (wireless phones directly from political leaders). Enshrined by international law, along with other means of peaceful settlement of disputes between states, mediation is an increasingly common way for the international community to intervene to avoid war.

BA - class of 2006 - the Faculty of Law "Babes-Bolyai" Cluj-Napoca. He holds a doctorate in September 2010 with a thesis entitled "Mediation in social and political life."

The role of communication in international mediation, (co-author with Peter Alan Zapartan), the quarterly magazine of Mediation and ADR, no. 1, University Publishing House, Bucharest, 2010. 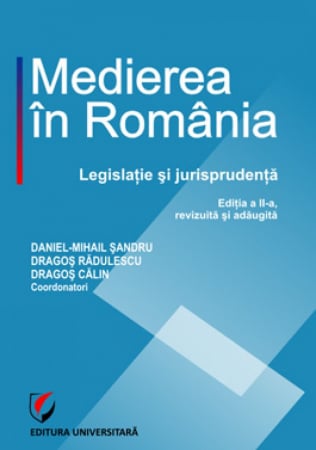 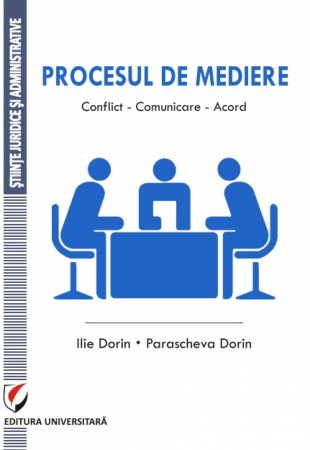 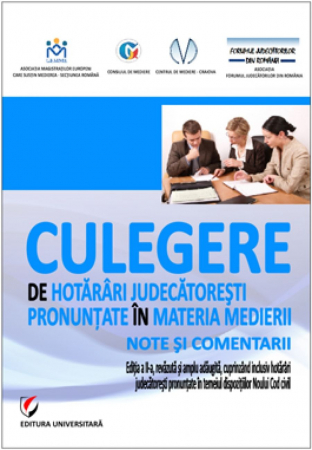 Collection of Court Decisions Pronounced in the Matter of Mediation. Notes and Comments. 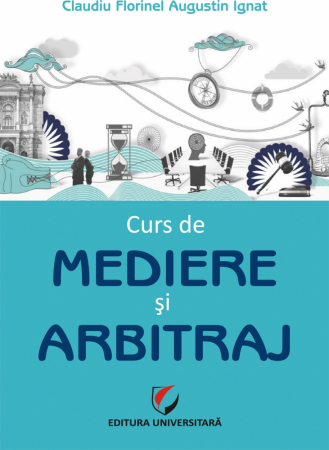 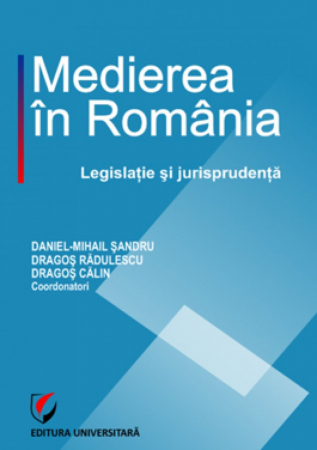 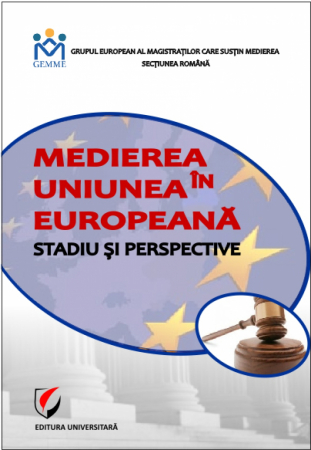 Mediation in the EU. Status and prospects 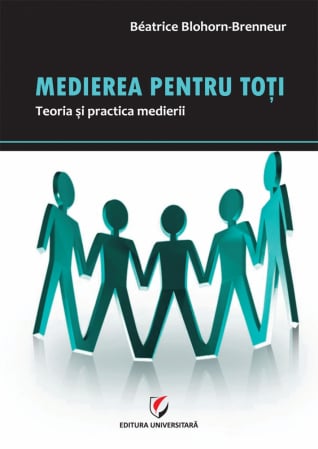 MEDIATION FOR ALL. Theory and practice of mediation 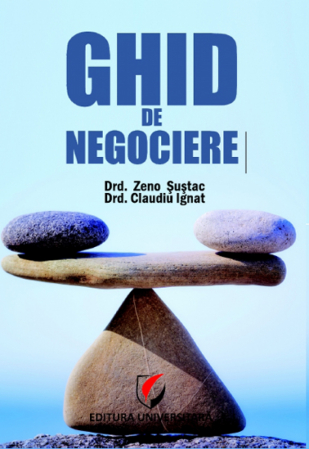 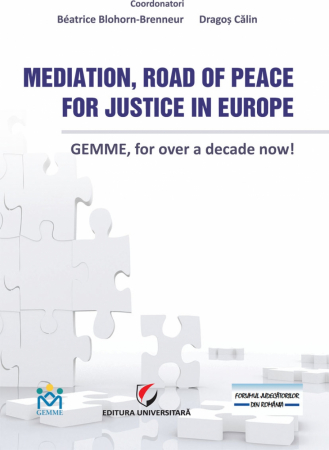 Mediation, Road of Peace for Justice in Europe. GEMME, for over a decade now! 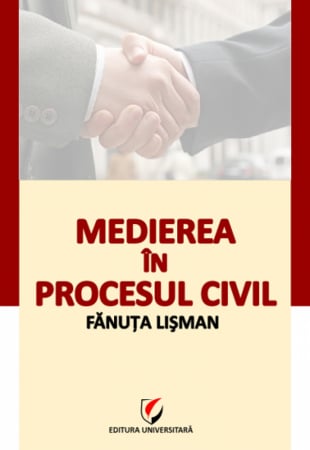 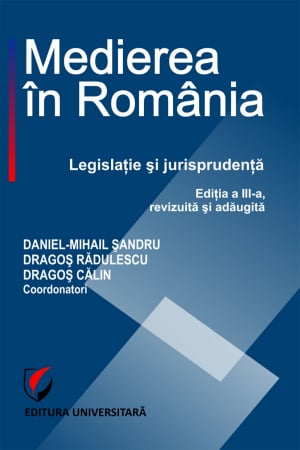 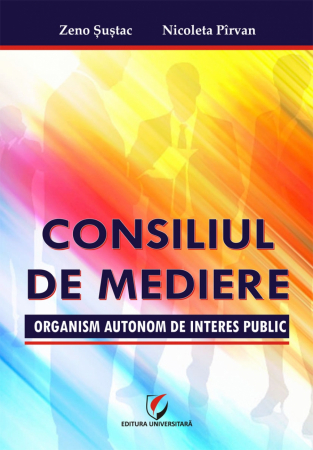 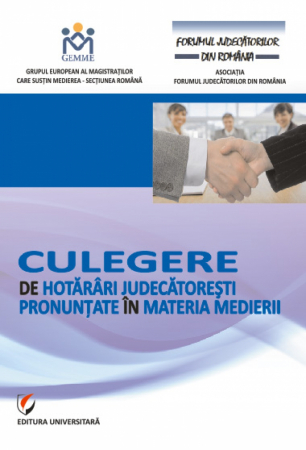 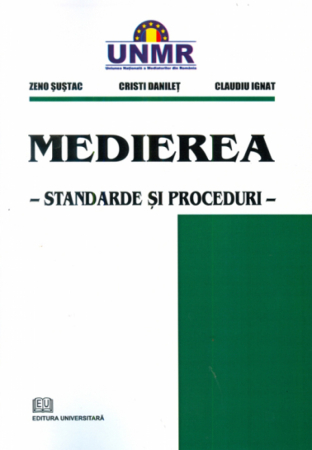