In stock
Stock limit
- +
Add to cart
Product Code: 9786062807269 Do you need help? 0745 200 718 / 0745 200 357
Add to wishlist Request information
"The Compass Needle - Political and Diplomatic Talks" contains a compendium of interviews with heads of state, prime ministers, ministers, ambassadors, representatives of regional and international organizations, parliamentarians, academic and cultural figures.
The pages of this book contain statements, views, opinions and comments on some of the most debated topics of national and international interest in the 20th and 21st centuries. This volume of interviews brings to light details that facilitate a better understanding of radiography. Romanian society and the international society, and offers the reader the chance to discover who was behind some decisions that influenced the destinies of mankind. 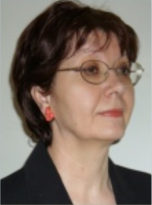 ELENA CHIRITA
Journalist, member of the Union of Professional Journalists in Romania / -UZPR. Former editor of foreign policy and sustainable development at the daily "Romania Libera", coordinated the weekly publication "Girueta Diplomatica". He conducted over 300 interviews with heads of state, prime ministers, foreign ministers, Romanian and foreign ambassadors, senior officials from the UN and the EU. She has been accredited and participated in conferences, congresses organized by United Nations agencies: UNEP, UNDP, FAO, IAEA, UNECE.

The title of my book accurately expresses its content. This volume of interviews is an x-ray of the world interpreted from multiple angles and by personalities from different regions of the world. From Europe to Asia, Latin America, the Middle East, Africa or North America, The Compass Needle guided me on my impressive journalistic journey.

This volume contains a compendium of interviews conducted - in the last 20 years - with heads of state, prime ministers, ministers, ambassadors, representatives of regional and international organizations, parliamentarians, academic and cultural figures.

I was honored to receive the approval of my interlocutors for conducting these interviews and I remain grateful to them.

Through the questions addressed to them, I aimed to challenge them to ideas, confessions, to talk about the past, present or to launch predictions for the near or more distant future.

The pages of this book contain statements, points of view, opinions and comments on some of the most debated topics of national and international interest in the 20th and 21st centuries.

Romania into modernization - From Alexandru Ioan Cuza to Charles I

Romanian public administration in the nineteenth and twentieth centuries. Laws and reforms so important. Since the reforms of Alexander John Cuza to those of the Great Union 1864-1

Requiem for the truth. December 1989

Decisive decade in the transformation of Central-Eastern