Stoc limitat
Stock limit
- +
Add to cart
Product Code: 9786062613396 Do you need help? 0745 200 718 / 0745 200 357
Add to wishlist Request information
Publication after almost ten years of a second edition of the work Psychosociology of advertising. About visual advertisements, it even requires revising the text. The pace of knowledge in all fields is accelerated: new theories are always outlined, hypotheses are advanced and a multitude of observational facts and results of scientific experiments are disseminated through books and specialized journals on paper or online. It is almost impossible for one man to comprehend the universe of knowledge. What we can hope for is to get a fragmentary picture as clear as possible about our field of research, but never a full understanding of it.
Septimiu Chelcea


For a psychosociologist, advertising is a fascinating field of investigation; for an advertising man it is a gold mine. I like to think that those who specialize in the sociohuman sciences (psychologists, sociologists, anthropologists) and in the sciences of communication (journalists, advertisers, public relations experts, etc.) will find in this book - the first in our literature which appears with the title Psychosociology of advertising - research topics that broaden the horizon of scientific knowledge of interpersonal relationships in society and social influence through the media. On the other hand, specialists in the social sciences must know not only the alphabet, but also the grammar and subtleties of the language of advertising if they want to be accepted in the exclusive Copy-art club and if they intend to dialogue with advertising creators.

I dare to hope that professionals in the advertising industry will have a real benefit from reading this book: they will become more aware of the theoretical basis of their activity. Claude C. Hopkins, one of the pioneers of advertising in perhaps the most widely read advertising book (Scientific Advertising, 1923), said that "advertising has reached the status of science" and that "a true advertising specialist must be proficient in psychology. The more he knows, the better ”(Hopkins, 1923/2007, p. 195). I can't imagine that any advertising specialist today doubts that psychology is strongly involved in persuasive communication, with the ultimate goal of selling. In The Confessions of an Advertiser, David Ogilvy (1963/2009) testified how much he learned about advertising from a scientist, the founder of the world's first public opinion polling institute. in 1935), from the journalist - and psychosociologist, I add - George H. Gallup (1901-1984), with whom in 1932 he worked at the Young & Rubicam company in New York. He learned from George H. Gallup how to advertise and from Monsieur Pitard, the chef at the Hotel Majestic in Paris, where he worked for a time as a chef and the future "publicist", how to run an advertising agency. idem, pp. 29-36). No wonder Richard J. Harris, a professor of psychology at Kansas State University, rightly states that "Advertising makes massive use of psychology" (Harris, 1989/2009, p. 108).

Undoubtedly, psychology - the science of the human personality, as the "diamond of nature", as Shakespeare called man - offers advertising creators theoretical explanations and practical-applied suggestions for their activity. Personally, however, I consider that psychosociology is the one that constitutes the scientific foundation of advertising. I thus share the point of view of the French psychosociologist Bernard Cathelet, professor of socio-political communication at the University of Paris I - Sorbonne, who argued that advertising "is the psychosociology of information applied to commercial objectives." (Cathelet, 1987/2005, p. 45) Consequently, the knowledge of psychosociology seems to me obligatory for the copywriters, more generally, for those who work in the advertising industry. This does not mean that advertising theorists could ignore the advances made by psychology, psychophysiology and especially the neurosciences.

Just as advertising is ubiquitous, so psychosociology is always present in people's lives. The general culture of today's people cannot be harmonious in the absence of the psychosociological dimension. The psychosociology of advertising therefore addresses a wider receptive audience: young people and less young people in professions other than those in the field of socio-human sciences and communication. "We have become a society that communicates excessively," cried Al Ries and Jack Trout (2000/2004, p. 20) in a work considered classic in the field of marketing. Proof: the explosion of advertising. "Immediately after World War II, per capita advertising consumption was $ 25. Today, it is 15 times larger (Ries, Trout, 2000/2004, p. 30). This happened thirty years ago in the USA. Charles U. Larson (2001/2003, p. 19), taking information from the Advertising Age magazine, pointed out that at the beginning of the third millennium we are exposed daily to over 5,000 persuasive messages. In the 1980s, Neil Postman estimated that by the age of twenty, each person watched about one million commercials, on average, a thousand a week. In 2004, when Joseph Heath and Andrew Potter published The Rebel Sell: Why the culture can't be jammed, it was estimated that, "on average, a person sees 700 to 3,000 commercials a day [data refer to citizens of USA and Canada - and it would be surprising if they had no effect on consciousness ”(Heath, Potter, 2004/2011, pp. 163).

In 2008, the average Briton - according to Hamish Pringle and Peter Field (2008/2011, p. 167) - was "bombarded every day with 3,000-4,000 messages through dozens of media channels". Bob M. Fennis and Wolfgang Strobe (2010, p. 42) accepted that every day about 1000 advertisements try to capture our attention. In this situation, it is not surprising that in the United States, according to advertising professor James B. Twitchell of the University of Florida, "the Marlboro man is better known than George Washington", that "more people recognize the two golden bows [logo McDonald's - nn] than the red cross ”(Twitchell, 2004, p. 2). Even if we are dealing with estimates and approximations, the data suggest the dimensions of persuasion in computerized societies, to which many countries are heading. From this point of view, Romania is no exception. James B. Twitchell states as clearly as possible: advertising has triumphed in American culture. In the US, "advertising culture" has become dominant. The concept of "adcult", launched by James B. Twitchell (1995), defines this reality. Statistical data support its assessments. According to the report Advertising in the United States (November 2009), published by Datamonitor, the leading US company specializing in information on the advertising industry (www.datamonitor.com), the turnover of the advertising industry in 2008 was 35.6 billion dollars, estimated to reach 40.7 billion in 2013, despite the financial crisis. A comparison of the turnover in the USA and in the rest of the world seems edifying to me. Romania, in the first decades of the third millennium, was under the assault of wild advertising. It manifests itself untamed by the legislation in the field - also permissive and unclear -, aims more at emotionality than rationality, cultivates the satisfaction of basic needs and gender and age stereotypes, apologizes for individualism, hates the natural and urban landscape. "Where the view is beautiful, the worst thing a man can do is to erect a billboard," said David Ogilvy (Ogilvy, 1963/2009, p. 162). Covering buildings that give the city personality is also the worst thing. In a word, in its essence, today's advertising is wild, because this is how capitalism is presented, which puts the financial interest in the forefront in relation to virtue. As David Ogilvy said at the end of his confessions, "We should not give up advertising. But we should reform it ”(Ogilvy, 1963/2009, p. 204).

This book is intended to be a plea for moral publicity in a moral capitalism in our country and in the world. As Stephen Young states (2003/2009, p. 92), moral capitalism is not only desirable, but also possible insofar as "the private interest will be put at the service of the public good." "Moral capitalism will take the place of savage capitalism" (Young, 2003/2009, p. 113) and, with it, moral publicity will replace savage publicity. ”,“ Advertising ”and“ advertising ”with the meaning of persuasive, non-personal communication, paid by an identifiable sponsor, having as main purpose the acquisition of objects and services. We opted for the Romanian terminological equivalents (for example, “target population” for “target”; “target population setting” instead of the term “targeting”, “text” for “copy”).
www.editurauniversitara.ro
If you want to express your opinion about this product you can add a review. 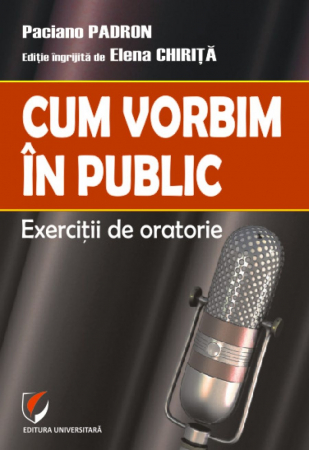 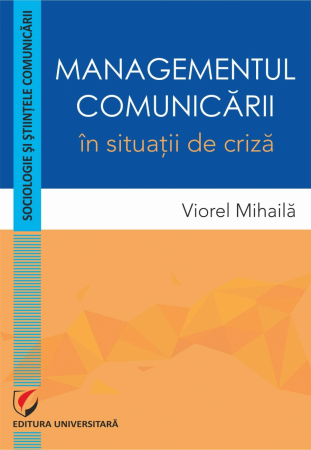 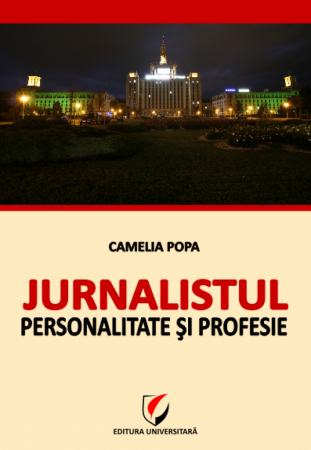 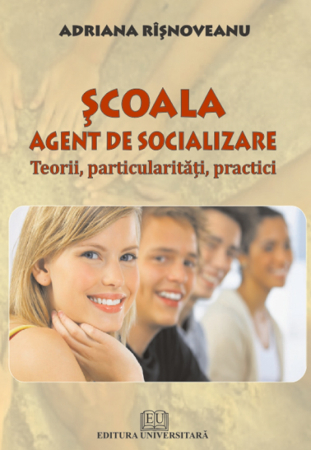 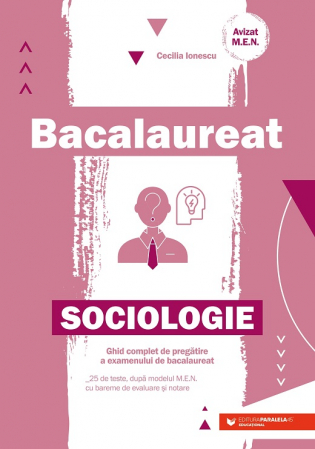 Baccalaureate Sociology - Complete guide for preparing for the baccalaureate exam. 25 tests, according to the M.E.N. with evaluation and grading scales - Cecilia Ionescu 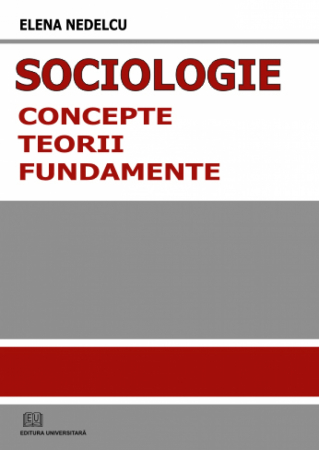 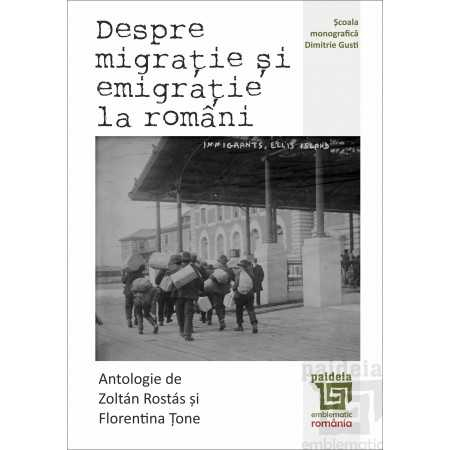 About migration and emigration to the Romanians - Zoltán Rostás 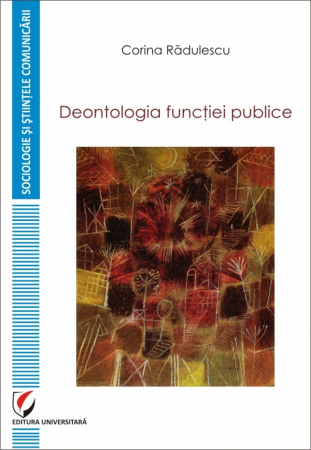 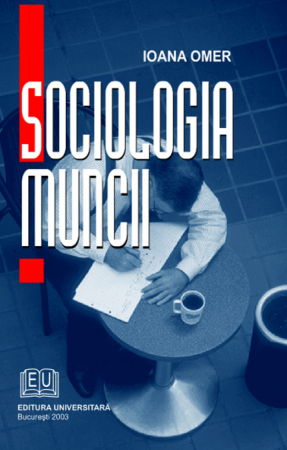 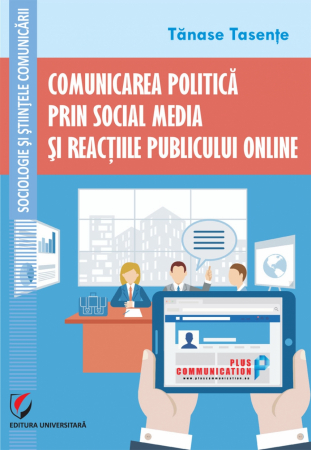 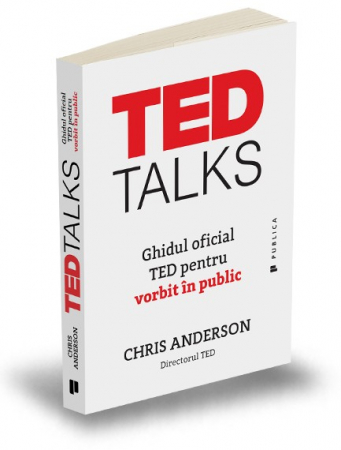 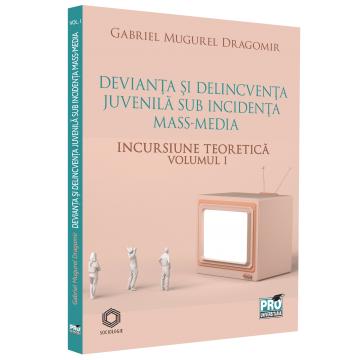 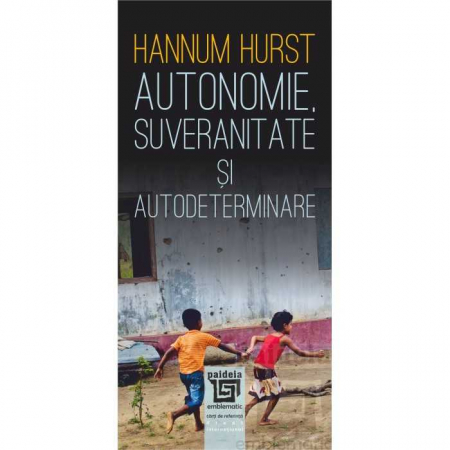